Horses are often referred to as The Noble Species because there is something special, if not spiritual, in the way this mighty animal moves through its environment and interacts with mankind.

There is a famous quote from an unknown source that says, "I have seen things so beautiful they have brought tears to my eyes. Yet none of them can match the gracefulness and beauty of a horse running free."

Have you ever tried to draw a horse? It isn’t easy at all — especially if you decide to do so from memory.

The horse’s outline and basic anatomy do not quite match up to how we see this rare creature in our mind’s eye.

For example, a horse’s legs are shorter than expected despite its gift for galloping through the wild. The neck and hindquarters of a horse are much larger and a more significant percentage of the overall mass than you might think.

The difficulty of drawing a horse is its unique anatomy.

Arguably, Leonardo Da Vinci and George Stubbs are probably the best artists who ever worked with horses in their drawings. But as great as they are, both struggled with this creature’s anatomy for years before rendering out final images of the horse in their work.

How did these master artists finally become comfortable with their equine subjects? They immersed themselves in studying and understanding horse anatomy. 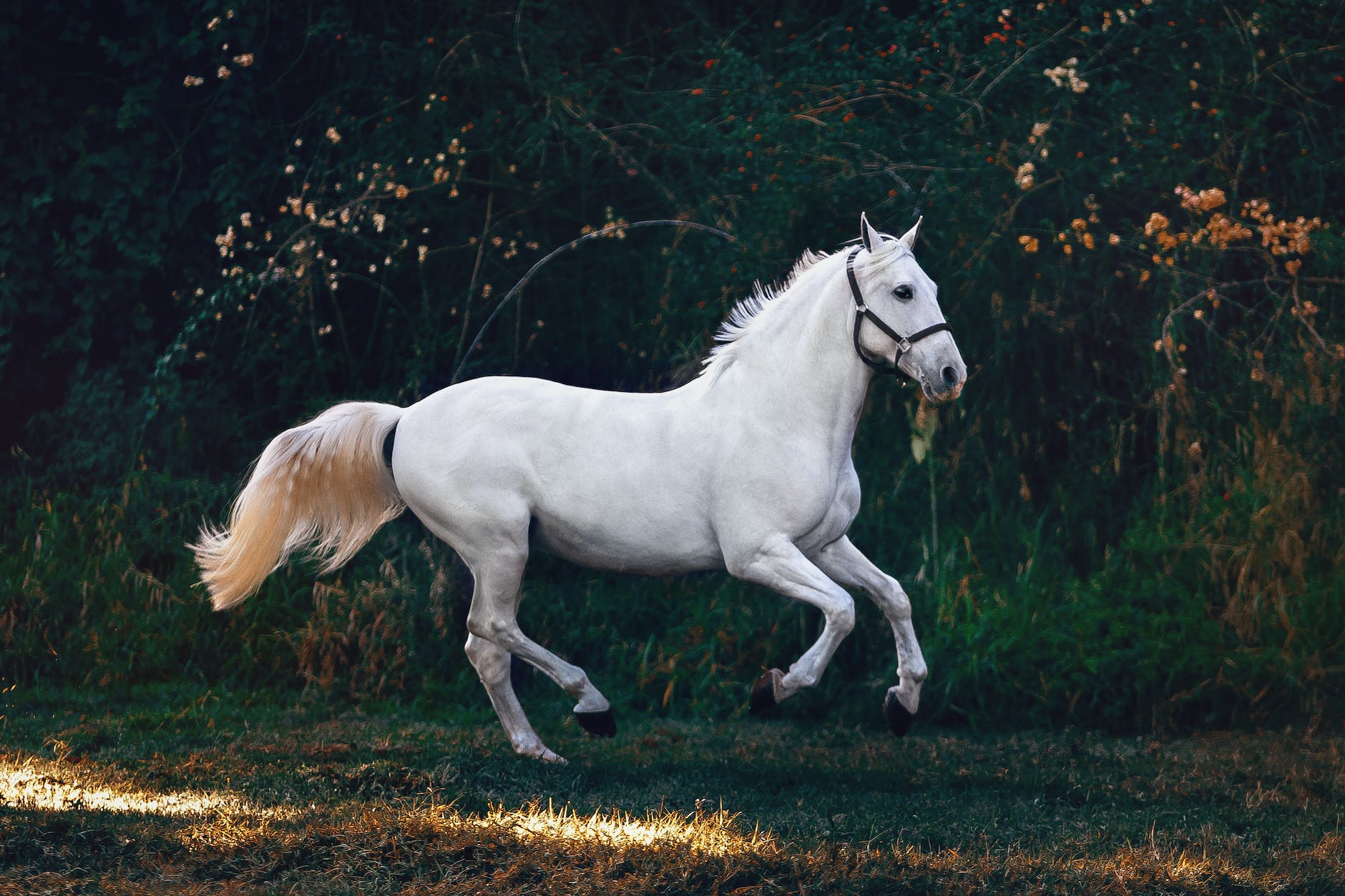 "We have almost forgotten how strange a thing it is that so huge and powerful and intelligent an animal as a horse should allow another, and far more feeble animal, to ride upon its back.” — Peter Gray, professor of psychology at Boston College.

The horse’s ancestor is a small, forest creature called the Eohippus that lived 50 million years ago. This animal was about the size of a dog.

The horse is a part of the Perissodactyl order. These animals all share hooded feet with an odd number of toes. They have mobile upper lips and a tooth structure we would associate with being horse-like. Consequently, horses have a common ancestry with rhinos and tapirs.

The evolution of a horse’s anatomy took place mostly in North America. The earliest ancestors of the modern horse were equipped with spread-out toes which were best for walking around on the spongy turf of the ancient forests.

As grasslands began to appear, the prehistoric horse’s eating habits evolved from forest foliage to grass, and the teeth grew in size to accommodate.

From Eohippus To Modern Horse

There was a time when dozens of horse species of every imaginable color, shape, and size — some no larger than a dog — roamed the forests and vast plains of North America.

The evolutionary journey from Eohippus to the modern horse includes the following changes:

These preceding changes, leading inevitably from those of the Eohippus to those of the familiar horse anatomy we recognize today, were not a steady progression. In fact, features like those associated with grazing dentition abruptly appear in the known fossil record.

Initially, horses were not as big as they are today. Take a look at these individual weights for the progression of the ancestors of the horse to the modern horse.

Spaniards Reintroduction Of The Modern Horse To America 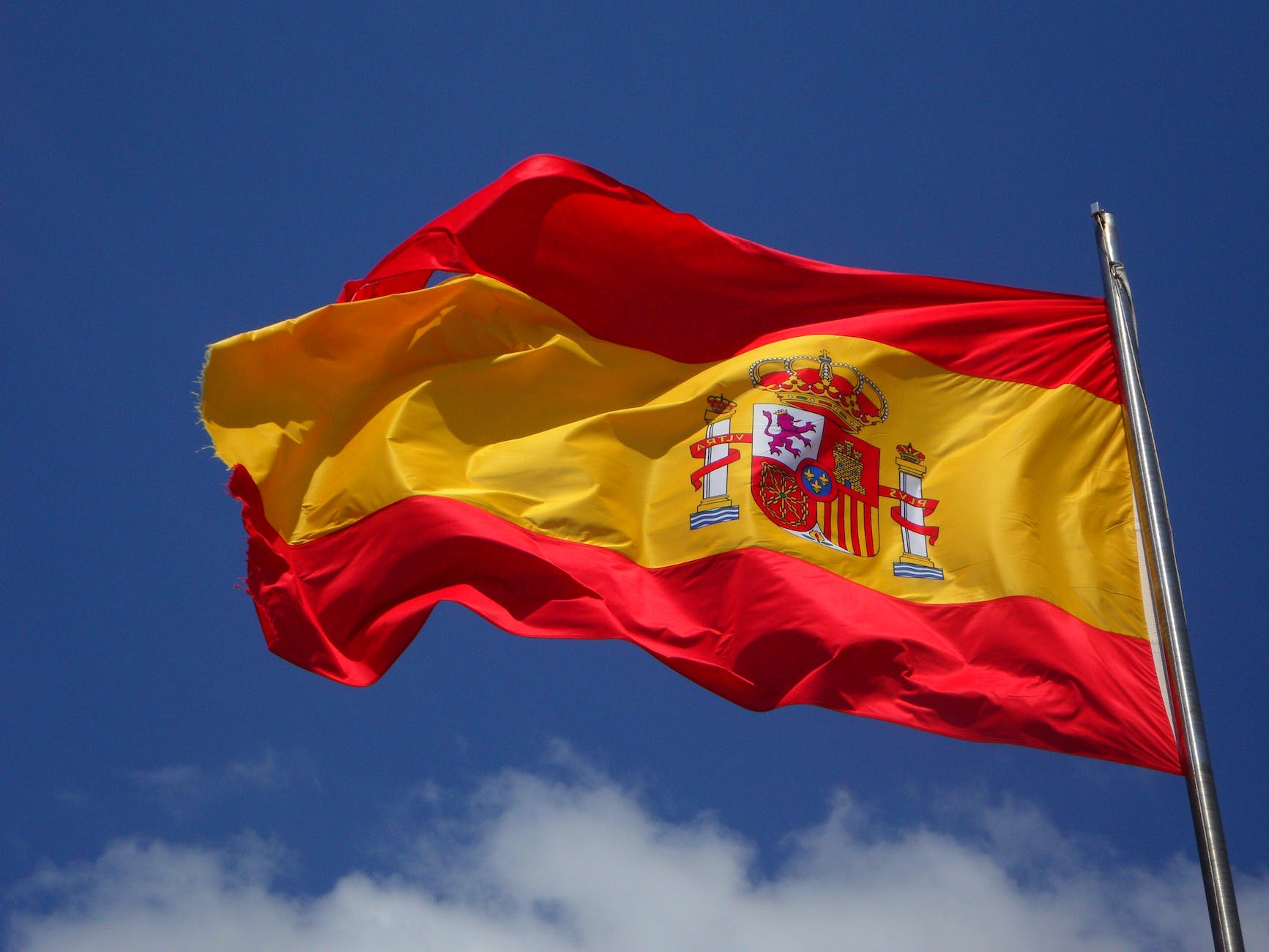 You might be surprised to learn that roughly 10,000 years ago the horse became extinct in North America.

Why, exactly, horses became instinct in North America is a much-debated cause and effect. The debate surrounding this perplexing event is due to the suddenness of their disappearance after flourishing for many millions of years.

The point is that horses were reintroduced to the America’s several thousand years after their extinction beginning with Christopher Columbus in 1493. These were domesticated, Iberian horses.

Later, in 1519, sixteen horses were brought to the main continent by Herman Cortes. After that, many Spanish explorers such as Coronado​​ and De Soto brought horses to North America in large numbers.

The Colonial Spanish Horse flourished throughout the southeast and western United States until crossbred with other breeds until the bloodline was completely lost.

Some of the following horse anatomy terms you will be quite familiar to you. Others you may have heard, but never knew to what they were part of the horse they were referring.

Below is a list of the horse’s anatomy to help get you started:

Horses are mysterious, fascinating animals that have developed a close relationship with mankind for thousands of years. We have been studying horses for art, communication, war, and peace.

Here are some interesting facts about the horse that should tempt you to investigate this fantastic   creature further.

They Sleep Standing Up

Many times, horses will sleep together standing up. This is due to the horse’s “stay apparatus." The stay apparatus on a horse is a group of ligaments, tendons, and muscles that brace the entire joint system— the foreleg as well as the pastern and fetlock joints.

The horse’s stifles enable one hind leg to lock in place while the other one rests. This characteristic evolved so the animal could more easily flee from predators and get rest.

The average nap lasts approximately 15 minutes. Horses do sleep laying down, too. It is the only way they can reach a full REM stage of​​ sleep.

The Arabian Horse is the foundation of many light horse breeds throughout the world.

For many millennia, Arabian horses lived among the desert tribes of the Arabian Peninsula. They were bred by the Bedouins as war mounts for long treks and raids. These harsh desert conditions made the Arabian horse evolve to have a large lung capacity and incredible endurance.

An Arabian horse has another unique characteristic to their anatomy: they have one fewer vertebrae, rib, and tailbone than all other horses.

Other identifying characteristics of the Arabian horse includes the chiseled head, dished face, long arching neck, and a high tail carriage compared to other breeds.

Arabian’s horses have a small head and deep jowls.

Genghis Khan, Napoleon, and Georg​​e Washington all rode Arabian horses. These many years later, you can find true descendants of even the earliest Arabian horses.

A Zebroid (or zebra mule) is a crossbred between a zebra and a horse. Originally bred as pack animals in Africa, Zebroids are not as susceptible to certain diseases, such as sleeping sickness, that horses or donkeys tend to catch.

Domestic Zeb​​roids are bred for the look of a zebra but have the temperament of the domesticated horse or donkey.

Railroad tycoon Leland St​​anford bet his friend, in 1872, that while a horse was in a gallop, all four of a horse’s legs are off the ground at the same time.

He was proved correct when Eadweard Muybridge proved this by using a series of 24 cameras to photograph a racehorse named Sallie Gardner.

You would think names like Seabiscuit and Candy Ride are just plucked out of thin air. Not true. There are stringent rules in place for what you can and cannot call racehorses.

The names are usually a combination of the parents names, or a nod to their lineage.

Believe or not, horses are the only animal we know that can move their skin without moving the muscles underneath. That’s what the twitching is when they shake off the flies in the summer.

Also, during the winter, horses make warm, insulating pockets of air with the different layers of fur in their coat for warmth.

The hoofs are a surprisingly important part of a horse’s anatomy.

Did you know that the horse’s hoofs do more than just support the horse?  It’s true. In fact, the hoofs act as a kind of pump for the blood.

The bottom of the hoof is hard to the touch, but it is actually pliable. There is some “give” in the hoof when the horse walks.

With each step the horse takes, the blood that was once forced down the leg is then forced back up toward the heart. This is important because there are no muscles in a horse’s lower leg. The lower leg is made up of bone, ligament and tendons, and the hoof.

Through the horse’s life, the hood continues to grow like the fingernail of a human. The hard hoof wall grows out from the coronary band that sits just at the hairline above the hoof.

For these reasons, keeping a horse in a stall without proper expertise is extremely unhealthy for a horse. This can cause a horse’s lower legs to become swollen from lack of circulation. This is a condition called: "stocking up."

The sole in the front hoof is round shaped. The sole of the back foot is more oval shaped. A concave bottom is best because it reduces unnecessary stress on the leg. Also, the horse will have better stability in uneven and rough terrain.

Horse Anatomy And Beyond

From its humble beginnings as a prehistoric forest creature feeding on the low foliage to the mighty, mysterious steed with we know today.

The unique characteristics of the modern horse anatomy have played an intricate part of our history. Since man and horse came together, sometime around the beginning of the Iron Age, we have studied this incredible animal — Sometimes for good, and sometimes for ill.

Historical figures like George Washington, Leonardo de Vinci, as well as human enterprises like Manifest Destiny and The Pony ​​Express, all have tried to capture this magnificent animals abilities for art, war, commerce, and expansion.

Although horses are still used by ranchers and celebrated in western art, we no longer rely on the horse for conquest and trade.

Simply Put, Horses Are Wonderful In Every Way

In a recent Hu​​ffington Post article, Tim Hayes, author of Riding Home: The Power of Horses to Heal discusses how the horses' evolution over time has equipped the animal with a keen sense of intuition. These hardwired characteristics are particularly useful in dealing with people who have suffered psychological trauma.

Here we have discussed merely the beginnings of what makes the horse a rare and noble animal. There are so many reasons why we should continue to study and celebrate the horse.

Horse anatomy is a rewarding field of study that benefits both horse and you!

The TodaysEquine.net staff are lovers of all things equine. Our hope is that you'll find incredible and helpful info here on products, events, news, and more on all things horse related. More about us.

If you'd like to get involved with our site, let us know! We are always looking for people to interview!