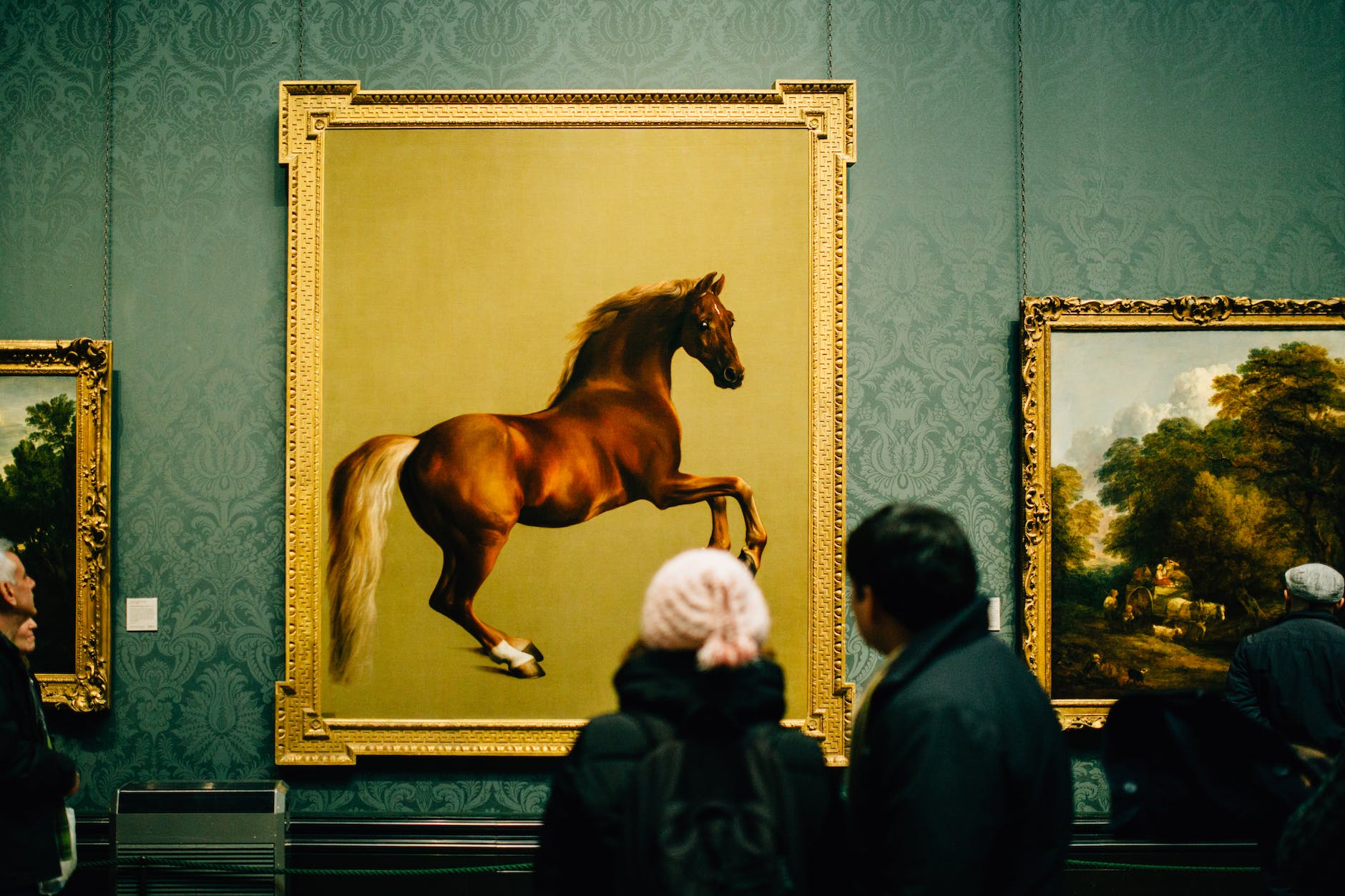 Horse ​racing​ has been around for a great many years. For some, it is a way of life, a way of making a living and for others, it is just a means of entertainment.

This great sport features majestic beats that can be so gentle in nature and loving, while also being powerful and dominant in their personalities and strength.

This is why they are a favorite of many artists.

Some have chosen to depict the main stars of this billion dollar history when they are showcasing their supreme talent and speed. From little known to famous artists, these works of art are very good and captivating. They show the animals quite deftly.

Horses are Not Easy to Paint 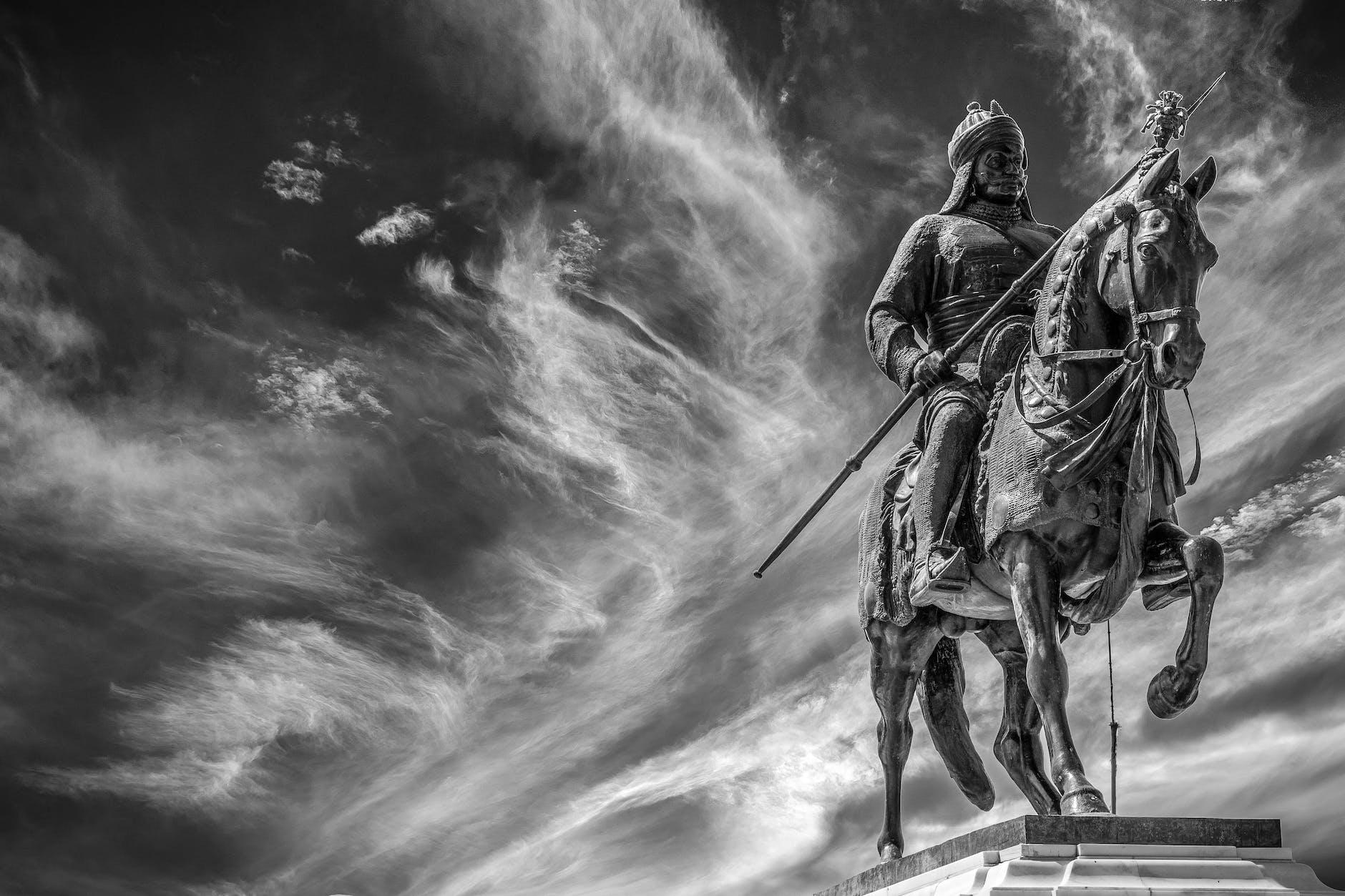 Horses have always held some mystic. So artist will naturally find them appealing. The brush strokes cannot help but create something beautiful and touching when it comes to reflecting a part of their soul.

And when it comes to trying to capture a piece of their essence, on paper or canvas.

They will not keep still. But an artist can still try to do them justice, even if it is from a distant memory or a quick glance every few seconds.

If you wish to master the greatest skills in painting, try painting horse art. It will require a strength of nature, as great as the beast itself.

Think of it, the scales are even tipped more against you when you try to capture the greatest moments of horse racing. How will you freeze those moments of great effort, unrestrained strength and power? How will you show the focus and zeal of the jockeys?

How could you show everything? We are so lucky to enjoy even a few seconds of it, or for however long it lasts.

But, for those artists who have done so, who have steered within us a quickness, a memory and longing to be around these creatures, it is almost a miracle on canvas.

The entrants below span many centuries of work. Some are know all over the world. One thing is for sure, and that is their love for these thoroughbreds, in their own unique way.

According to the Edward-Degas website, “Degas was born in Paris, France, the eldest of five children of Célestine Musson De Gas and Augustin De Gas, a banker. … Degas began to paint seriously early in his life.

By eighteen he had turned a room in his home into an artist's studio, and had begun making copies in the Louvre … he studied drawing with Louis Lamothe … and became accomplished in the techniques of high, academic and classical art.”

He is the grandfather of Impressionism. And he has painted a great many oil paintin​​gs of horses. One of his most popular is Jockeys Before The Tribune. But the painting Mademoiselle Fiocre in the ballet 'La Source' is also stunning as well.

When it comes to the most renowned painter who has successfully capture these beats, then Edward Degas is your man. He was so serious about mastering this subject, that in his studio, he had a taxidermied horse. So it was no wonder, he easily painted 45 works of art long before the 1860s.

Like any professional eager to master a new skill, he thought these tough subjects were complex. Their anatomy did not make it any easier either. Degas also loved the race tracks and ventured there as often as he could in 1872.

His mind was enthralled with their movements when they were out there on the fields of tracks around Paris and in New Orleans. Not to mention, the stunning elements of the jockey’s uniform.

Combined, they made for a great feat for Degas to represent them well. Yes, his favorite thing to capture in his painting were ballet dancers. But next to that were horses.

Another great and famous artist is George Stubbs. He has painted many portraits of animals, not just or horses.

He was so deft at his craft that his paintings were collected by royals. When you examine them, they felt so lifelike due to their high accuracy.

Though it may sound gruesome – and it probably was – he actually spent some time studying the carcasses of horses. This gave him keen insight and allowed him to capture them so well on canvas.

Some of his more famous pieces were ‘Horse Frightened by a Lion’, ‘Mares and Foals in a Landscape’ and ‘Whistlejacket’.

There was no other painter like him. None was more accurate in their representations. He always held the belief that nature was better at everything than an artist ever could be.

He was the premier artist to use a solid color in his paintings to depict his real subjects.

This gave them the focus and attention, and not the surroundings. People could then better see how majestic and beautiful these horses were.

Another student of the Louvre, this great artist is known for pieces such as the "The Raft of the Medusa." It is kept at the Louvre if you are interested in seeing the real thing.

But, one of his other works is also quite good. ‘The Derby At Epsom’ features horses. He too took time out to get a better appreciation for the anatomy of a horse, before he did many of his work. This he accomplished through his tenure at the Versailles palace stables.

There was no better way to become more intimate with his subjects. After leaving there, he went on to England. This would be the setting for his famous work of art. It is said to depict the intensity of both the rider and the horses as they try to be the first to cross the finish line.

This man was truly a game changer, a pioneer in the fields of both painting and photography. He created a way to numerous frames of animals in motion. It leads to people understanding how they ran and the mechanics of it all. This he accomplished during his stay in America, in the 1870s.

Eadweard Muybridge gave us a great piece of horse art, ‘The Horse In Motion.’Leland Stanford was a racehorse owner and also the governor of California at that time. He asked Muybridge to come and shot pictures of horses trotting and galloping, at Stanford University location.

This he was able to accomplish successfully by lining up a number of modified cameras, which were activated when a racing horse triggered sequential threads.

Biography stated, “Eadweard Muybridge's photography of moving animals captured movement in a way that had never been done before. His work was used by both scientists and artists. … he was an eccentric inventor … developed a miraculous process for capturing movement on film, laying the groundwork for the motion picture industry.”

His prints were able to confirm that when a horse ran, all his legs were off the ground at the same time. It proved another thing as well. The images people drew of horses having their front and back legs outstretched all at once, was not correct.

This 91-year old cartoonist has done some great works over his lifetime. He is often associated with comical drawings of racing subjects. Pierre “Peb” Bellocq knows just how to depict the essence of his human and animal characters. The associated commentary is also quite hysterical.

Peb started working for the Morning Telegraph, soon after he migrated to America from France in 1954. He had intimate knowledge of horses – like so many great artists before him – because of his background and his family history. His father was a jockey and his father before him was a trainer.

One of his notable pieces was Self Portrait by Peb.

Pebsite puts it this way, “Every time cartoonist Pierre Bellocq, better known as Peb, is featured on the pages of the Daily Racing Form he's going to provoke you in some way, whether it's to laugh, to cry, to think or to just smile.”

And we could not agree more.

“It's been that way since April 1, 1955, when Peb's first cartoon, one coinciding with opening day at the old Jamaica Racetrack, appeared on the pages on the Morning Telegraph, then the sister paper of the Racing Form.”

Coming from a family of artists, this talented soul could not help but fall in love with horse art. It seems everyone in his family was in touch with the spirit, essence and love of all things nature and animals. Not only Isidore Jules Bonheur was known for such marvellous pieces of artwork of animals, but Rosa Bonheur, his sister and his father also.

Bonheur work, now at home at the Metropolitan Museum of Art, is ‘Jockey On Horse.’ The sculptor did quite a few bronze works of horses. ‘The Steeplechase’ was another notable one, as well. English collectors could not get enough of his equine sculptures. They sold really well.

In the early 1900s, Wassily Kandinsky pioneered the abstract painting style. His focus was on color and form. His contribution to horse paintings, which stood out was Lyrically By Wa​​ssily Kandinsky.

This was more of a spiritual representation than just a piece of work, which held rigidly true to the physical nature of the animal. As a professor, he argued strongly for this point of view in paintings.

During the mid-18th century, he was considered one of the more admired and creative racehorse painters. John Frederick Herring Sr. used to paint insignias side of coaches and inn signs earlier in his career. He began as a tradesman.

Then he moved on to other areas of art because he was intrigued by horses. This led him to create the horse art, Memnon.

English nobles commissioned him to do many pieces of their racehorse and even while they were hunting. With this practice, more people learned about him and he became more famous.

He was fortunate to paint:

Horse Art Reflects the Mastery of an Artist

No matter what form it takes, it is not easy catching the true nature of such a magnificent beast on paper or canvas.

All these artists on our list have done so repeatedly and quite well. They lived, they worked, and they loved what they did.

We are truly fortunate to have benefitted from their contributions. Some developed new ways of painting and one basically invented the world of film, as we know it today.

When you can, take some time to go to the museums or online and admire the work of these truly great men and women. They include John Frederick Herring Sr., Wassily Kandinsky, Andy Warhol, Luis Cruz Azaceta, Eadweard Muybridge, Edward Degas, and so many others.

The TodaysEquine.net staff are lovers of all things equine. Our hope is that you'll find incredible and helpful info here on products, events, news, and more on all things horse related. More about us.

If you'd like to get involved with our site, let us know! We are always looking for people to interview!