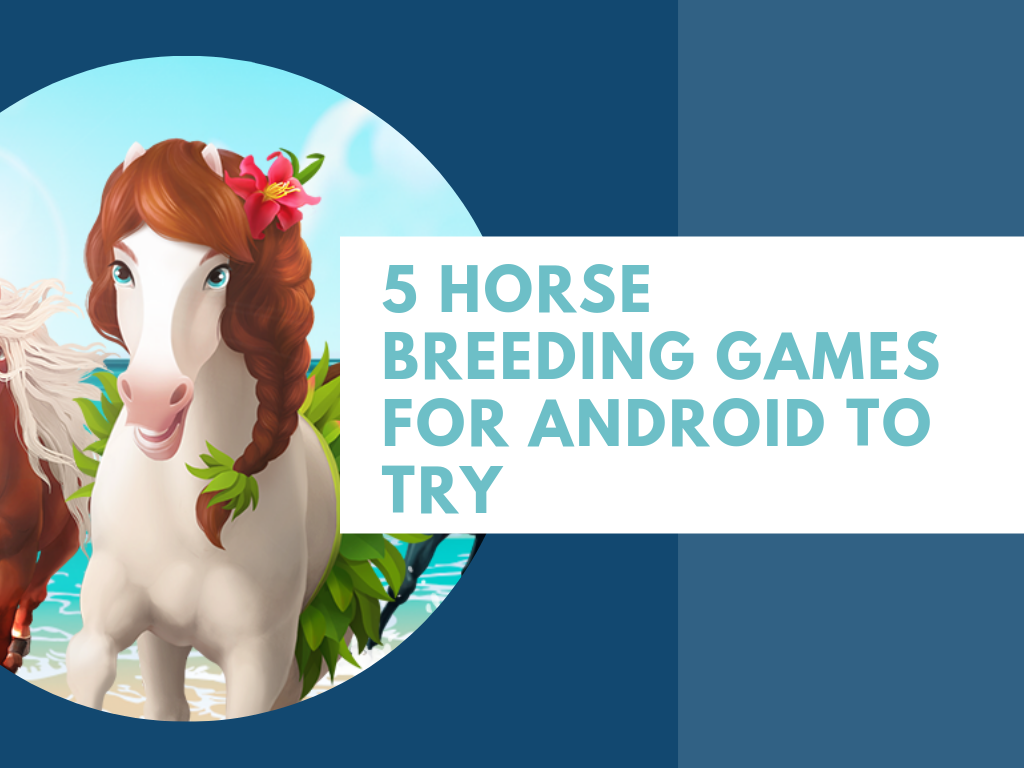 Horse breeding is not something to be taken lightly. That’s what horse breeding games are for! All breeders from around this great horse-loving nation will tell you that breeding horses is a full-time job requiring a great deal of skill, attention, and knowledge of equine care. And what better way to get acquainted with this wondrous are of equine knowledge than by trying out a few of the horse breeding games that are around!

We decided to show them to you and just like with the previous article about horse jumping games, we decided to stick to a few rules when it comes to picking out the exact games that we will feature. So here’s our criteria for choosing these cool games: first, they must involve any type of horse breeding, be it animated or through stable management chart; secondly, they must be available on the Google Play store since most computer horse breeding games are either bad or nonexistent; thirdly, they can be focused on either horse running or jumping, as long as they respect the previous rules.

So, without further ado, let’s go on with our list of the best horse breeding games for Android:

This horse breeding game for Android doesn’t quite get the love it truly deserves. I for one, don’t understand that. It’s a really nice game involving stable management, horse racing, horse breeding, and a lot of options for both of these as well. In this game, you can organize your stable, train your horses, race your horses against those of other players, see statistics for your horses compared to other horses, and also get a few extras while doing that.

However, there may be one major downer for this horse breeding game: it isn’t animated.

Still, if you like games that are incredibly technical but with not that much pretty stuff to go along, this one is the best of the horse breeding games available. Certainly, compared to the other horse breeding games, this one is really well-made, doesn’t look clunky, and features a sleek design. If you don’t like games without much animation, this isn’t your thing and you should move on to the next place on this list.

Okay, this one does feature animation. All in all, it’s a really decent game, filled with interesting horse breeds that you can play around with. The animation features a few horses of your own choice running around your farm. A cute feature is that all of the horses can talk and express themselves using the first-person singular. Hey, we didn’t say anything about the game having to be realistic!

Once you decide on which two horses you want to breed you need to bring them both in the breeding paddock. There, the horses will mate (as in, they will be running around the paddock saying “we are mating”). In case you’re looking for a horse breeding game safe for kids, don’t worry – this one doesn’t feature any overly-graphic imagery.

After the horses mate, the mare will become pregnant. Then you can accelerate the time to the moment it will give birth. The resulting foal can be raised to the point where it to can be ready for breading. 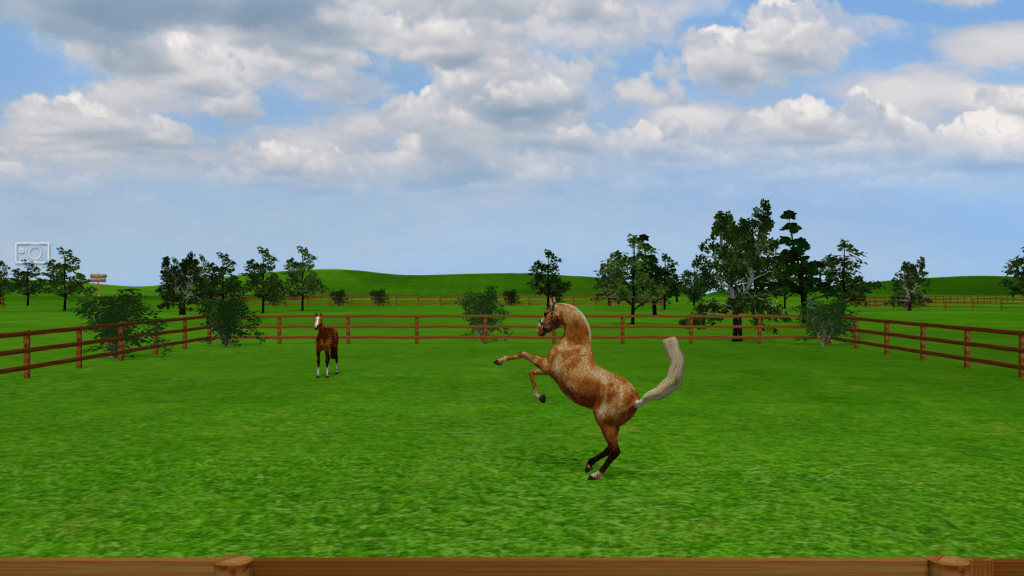 As we go on with this list of the best horse breeding games for Android, we’re bound to step across games more and more interesting. Horse Quest Online 3D is a very competitive horse racing game that also features breeding and stable care. It’s designed to be just a like a massively-multiplayer online game. You take control of a horse that you yourself breed and then level it up the ranks by completing quests throughout the game world.

The game itself takes place in Maplewood Forest, the fictional land of the game. There you can meet other players and their horses, race against them on jump courses, or go with them on adventures through trail rides in a completely immersive, huge world made in 3D.

The beauty of Horse Quest Online 3D is that it’s one of the virtual horse breeding game that gets constant updates from its developers. 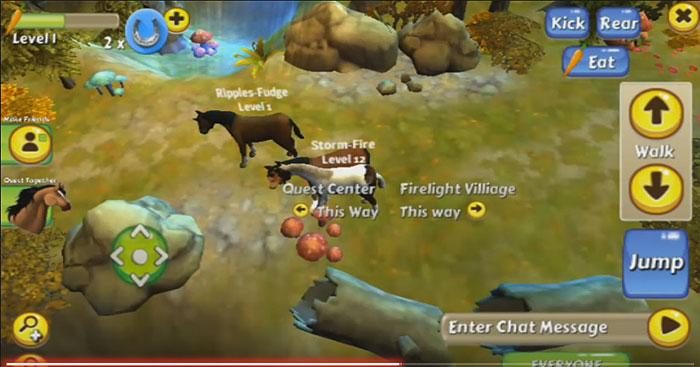 Another nice feature is that you can visit other players’ stables in order to help them out. The graphics are really good and the ability to play online adds to the game’s special charm. Before competing with your friends in competitions, you can also train your horse so as to make sure that you never lose and embarrass yourself.

So make sure that if you get this horse breeding game for Android you will also invite your friends into the 3D world to have lots of fun! The game also features some wacky, fantasy equine friends such as unicorns. Again, we never said these games had to be totally real.

Wow, an actual good horse game! Being made by Ubisoft (you know, the really big, Canadian gaming corporation?!), this game actually looks good, is good, and works well from absolutely all the perspectives. Within this game you have to create your own farm, then your own stable, and then fill it with your favorite horses as you progress through the game.

The game allows you to raise each horse from a tiny foal to a big, beautiful adult horse. After the horse has become an adult, you can start breeding the up to twelve horse types of horses available, so that you can get interesting combinations or the purest horse breeds on the other hand.

After you’ve raised the perfect horse, you can take it for a ride on some of the most impressive trails in the world, or challenge your friends to a race. 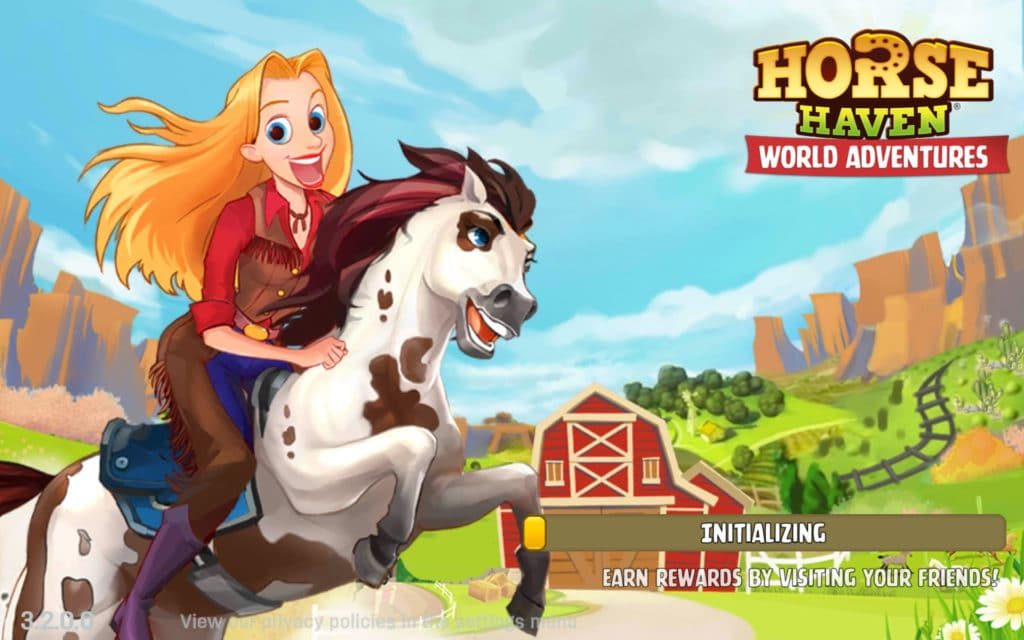 Did you like these nice horse breeding games? Tell us which of them best suited you, although we’re probably partial to the last one on the list.