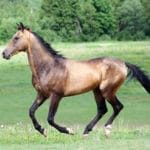 Quick Navigation AppearanceBreed CharacteristicsIs the Akhal Teke the Horse for You? There are few horse breeds as intelligent and athletic as the Akhal-Teke. It is a Turkmenistan breed that is known for being one of the most beautiful strains in the world. In fact, the Akhal-Teke is Turkmenistan’s national emblem. It a very rare horse breed but one of the oldest types to have ever existed. … [Read more…]

Most horse owners will, at some point in time, run into the debate about Billy Cook saddles with some riders on horse forums extolling their virtues, while others on the forum may have a less sanguine opinion. To an uninformed reader hoping to invest hard earned money in a quality saddle, this apparent split in opinion is quite bewildering. However, a short recitation of the history of this brand … [Read more…]

The Arabian horse is the usual suspect when it comes to very easily-recognizable horses. This exquisite equine friend truly deserves the mysticism and fantasy usually associated with its name. It’s said to one of the oldest breeds to have ever roamed the Earth, once native exclusively to the Arabian Peninsula from which it draws its name. Today, the Arabian horse gallops along trails over the … [Read more…] 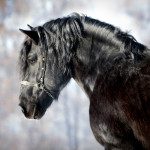 Unlike most American breeds of horses, the Friesian Horse breed isn’t young at all. Its origins are said to have been during the medieval time period. Specifically, this horse was used by knights as far back as the 12th and 13th centuries. So it does hold connections to a certain remote mythical past where warriors launched to many important battles on these very horses. You may have heard of … [Read more…] 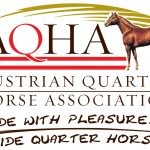 The American Quarter Horse Association is not only the greatest American authority on quarter horses, it’s also the world’s when it comes to this beautiful breed. This faster-than-lightning American horse is world famous for its performances in horse racing competitions. So it’s only natural that it has its own official association that takes care to preserve its legacy. We’re here with a … [Read more…] 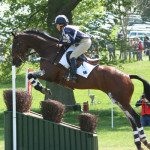 For those of you who have seen our horse racing videos on the internet list, but would like something a little bit different, this is just the thing for you. Horse jumping is a much diversified practice, in that it is involved in a number of working exercises, sports, as well as shows involving horses. If you would like to see videos of jump racing horses, we recommend you go back through the … [Read more…]