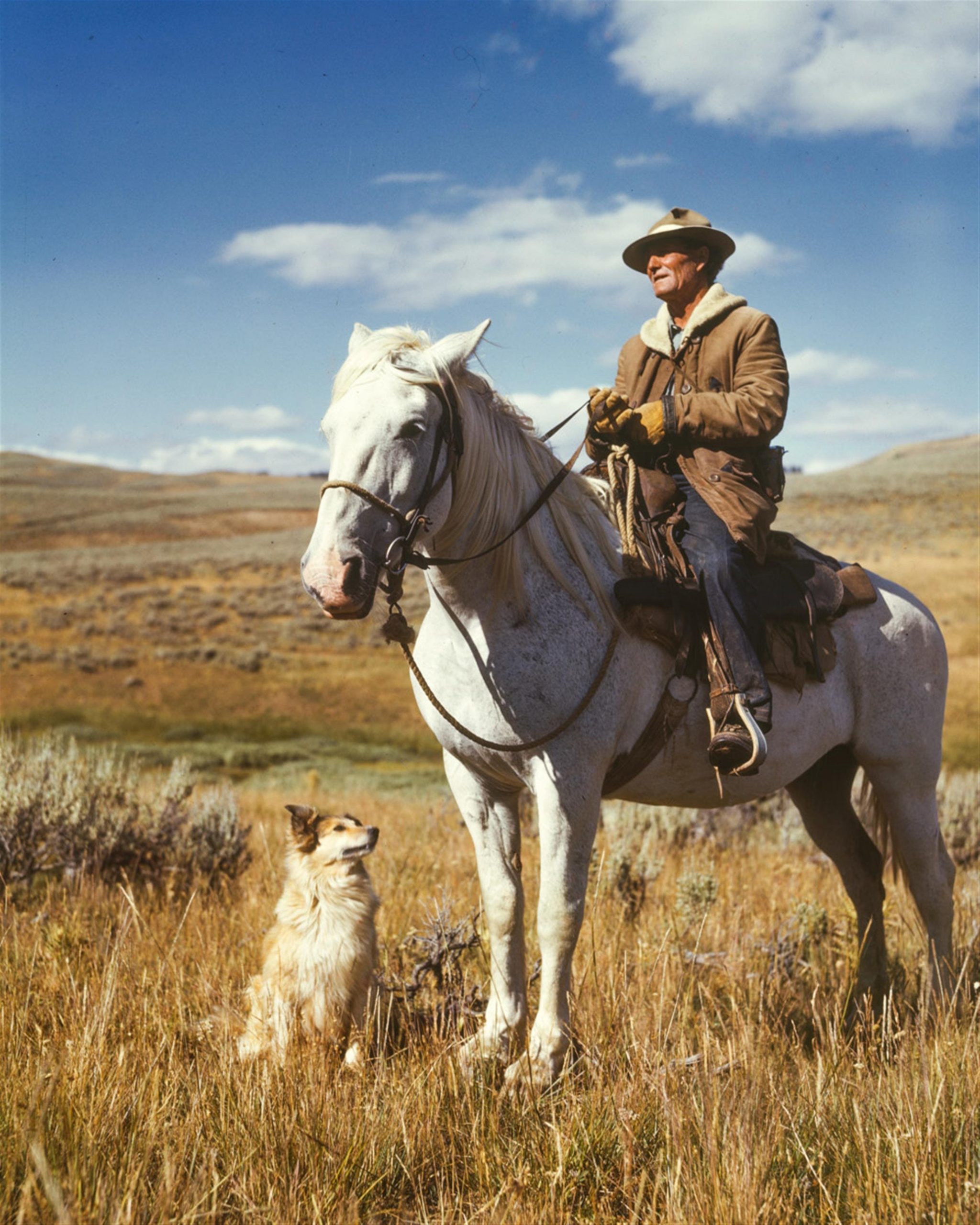 There is nothing like sitting back, relaxing, turning on your television set and taking in a great film. It is the ideal way of spending some quality time with friends, family, or yourself.

For generations, people have come together, in front of a screen, to enjoy films either for their entertainment value or to learn something new.

When a film ticks off all the boxes, it can leave you buzzing for weeks.

Well, that is how the greatest horse racing movies make us feel too. They are factual, entertaining, sometimes based off real life. They pull you in and leave you rooting for these great and majestic beasts. Yes, yes, the human characters hold their own too.

What is even better is when there is a tangible and emotionally thrilling relationship between the human and the horse.

Films like Seabiscuit and Secretariat make you want to don a jockey’s uniform or a cowboy’s hat and ride every day of your life. Or, move out to some vast and beautiful plains to raise horses and cattle.

The cowboy life does have its appeal. 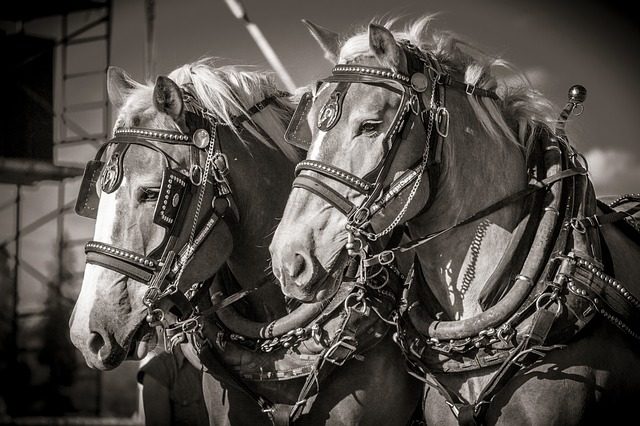 Today, we take a look at some of the best horse racing movies ever made. These are great films that have entertained us over the years.

This is our number one pick and it is certainly deserving of that award.Walt Disney Pictures released this biographical drama in 2000. Randall Wallace directed the film. Secretariat is about a horse of the same name who won the 1973 Triple Crown.

The movie gives us great insight into the life and legacy of this great thoroughbred racehorse.John Malkovich and Diane Lane star in this film.

They were very authentic and excellently portrayed their roles as Lucien Laurin, the trainer and Penny Chenery Secretariat’s owner.The film was at multiple locations in the States, including Louisiana and Kentucky.

Then second place – could have also been given first place – goes to another epic film, War Horse.It might not have been an outright horseracing flick, but that horse had to run for their lives a number of times. So, we think it deserves a place on this list.

Coupled with the epic scenes of a war-torn country, traumatic life events and the love between a soldier and his horse, War Horse will bring you to tears, easily. It is certainly worth a watch. And then another watch.

You will feel energized and motivated to get on with life after watching such great portrayals of the people who went through this experience. There is nothing like it.The cast and crew did a traffic job on this 2011 movie.

According to Wikipedia, “War Horse is a 2011 war drama film directed and co-produced by Steven Spielberg from a screenplay written by Lee Hall and Richard Curtis, based on Michael Morpurgo’s 1982 novel of the same name and its 2007 play adaptation.”

We can thank DreamWorks Pictures for this brilliant film, as well. And Steven Spielberg always delivers a great work of art.

Back in 2003, we were made to enjoy another great film starring Tobey McGuire.This creative and emotional movie was directed by Gary Ross. And was made with only $87 million. At the end of the day, it received seven academy awards nominations.

If there ever was a great film about the underdog, then this surely was it. In Seabiscuit, Tobey’s character was considered too big to be a jockey. Then the horse was also considered too small to be a racehorse.

You can guess how they put that falsehood to bed.Imagine winning 40 races, but only winning four of them. At the end of the day, he rose above it and became a champion horse. This was a much-needed example, during the Great Depression. People needed this type of reminder.

Especially when he came up against a giant in the horse racing world, War Admiral was the triple crown winner in 1937. Thanks to a new trainer, he even went on to win 1938 American horse of the year.

It is totally worth a watch this weekend.

Let us enter the world of Arabia.Hidalgo was filled with fun and much discovery from start to finish. If you have never seen horseracing in the desert, it is certainly worth seeing.

According to Rotten Tomatoes, “the Ocean of Fire – a 3,000-mile survival race across the Arabian desert – was a challenge restricted to the finest Arabian horses ever bred, the purest and noblest lines, owned by the greatest royal families.

In 1890, a wealthy sheikh invited an American, Frank T. Hopkins and his horse, to enter the race for the first time. During the course of his career, Hopkins was a cowboy and dispatch rider for the U.S. cavalry – and had once been billed as the greatest rider the West had ever known.”

The Sheik issues a challenge Hidalgo and his Mustang, against Bedouin riders and Arabian horses. This is no one-minute race around the park. It is a 3300-mile journey that can mean life or death in the blink of an eye.

It pits a lowly Mustang against a plethora of Arabian greats eager to prove who is the best in their territory. The story shows how a pony express man proves them all wrong and gets the top prize at the end of the journey.

Hidalgo is based off a true story and captures some lovely scenes. It showcases gorgeous landscapes and animals that are even more amazing.

Everyone knows that a horse with a broken leg never has a good ending. But Dreamer, released in 2005, will show you how one horse overcame his plight to prove everyone wrong.It stars a young Dakota Fanning and Kurt Russell.

Cale Crain was a little girl who was determined to love her horse back to health. During that time, she rehabilitated Sonador, a racehorse and built a bond that was unbreakable.The flick also stars Kris Kristofferson.

The next film is a great story. Maybe you remember reading this book as a young child, as many of us have done.It tells the story of a black horse and all the experiences he had during his lifetime. Some of which were very cruel and hard circumstances – and people.

Be prepared to shed a few tears and root for the underdog.Though various portions of this horse’s life have been made for the screen a number of times, one of the best representations on film is from Caroline Thompson.The 1994 film receives great reviews from movie critics on websites like Rotten Tomatoes.

One critic is quoted as saying, “Assuming a good picture is one that transcends its own material – pulls in a variety of people with no special interest in the subject – then Black Beauty is a lumbering candidate for the glue factory.”

You might want to invest in a box of tissues while watching this flick. It is sure to tug on your heartstrings. Australian racehorse Phar Lap,one of the top rated horse racing movies, was a phenomenal winner in 1932. He had a flawless record but was killed because of it.

Some rumors say that the mob had a hand in the incident because they were not making money as they used to.The 1983 version of this film is certainly worth a watch.

The classic film closely depicts the tale of a local stable boy and his bond with his horse. He relied on this relationship because he was forced to grow up quickly after his father died too soon and he had to take a job on a cattle ranch.