The Coolest Horse Games for Girls

It may be a common misconception that girls don’t particularly like horses. It may also be a common misconception that girls aren’t that particularly attracted to actually learning about horses. Well, we’re here to prove these wrong. Surely, if you look at the sheer amount of online horse games for girls available, you would think that young little girls have absolutely nothing better to do. But there’s just one small fact you probably haven’t considered: horses are cute.

And if there’s one thing not only girls but everyone in the world is attracted to is cuteness. However, when it comes to online horse games for girls, we have one big problem: there are too many of these games. And while the number of horse games is high, most of them are incredibly unimpressive when it comes to quality. So we’ve taken on the momentous task of sifting through the piles of My Little Pony horse games (which we think are not up to par with the otherwise professional look of this website) and go straight for the games which seem a bit more serious. 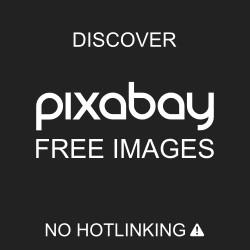 So: we selected games based on a few criteriums. The first was graphics: although these games are online flash horse games for girls, and flash games are notoriously sucky at graphics, we’ve tried hard to find games that weren’t as bad. Secondly, we looked at the anatomic shape of the horses involved. You may find this surprising, but most horse games for girls have major problems when it comes to drawing a realistic horse. Some are just beefed up, while others look just plain wrong.

The third thing we looked at was what precisely the games were about. Horse jumping, horse riding, horse racing, or horse care? Naturally, we were biased towards games that presented the specific activity not only in a fun way but also in a realistic way.

So without further ado, let’s begin with the first game we found met our demands:

Don’t expect these online horse games for girls to have very cool sounding names. Far from it. While looking for games for this list, we found three different ones named Horse Jumping but, surprisingly, all three are made by different companies and are featured on the different website – so, basically, they have nothing to do with one another.

We chose Horse Jumping 3D to begin this list with because it’s really well made. It has some features that the other games don’t feature. For instance, given the name, you can actually do show jumps in this game. You start out in a barn and with a few obstacles in front of you but soon enough you will be jumping hoops just like the real horses do in the international competition (such as the Olympics).

But that’s not all! You have to carefully time your jumps so that you get a maximum score for each. And also, you have different speeds at which the jumps need to be attempted. After a few levels, you’ll get to one where to guide your horse through a trail inside the barn, and control it at different speeds through tight turns. This proves especially difficult. Last, but not least, the game also asks you to take care of your horse after a couple of runs together – so you need to brush the horse before you can attempt any more tricks.

The tutorial level of the Horse Jumping 3D horse game for girls.

You can check out the game for yourself here.

One of the games on this list with a more imaginative name. Girls will love this little game because it presents a narrative in which a little girl (we assume named Penny) must race against the clock on her horse to find someone named Ben (we’re not told whether he’s her brother, her boyfriend, or her husband).

To find Ben, Penny must go through a real-life obstacle course full of stone fences, logs, and other bumps in the road which make you think – who would build so many barriers in the middle of the road. Well – maybe it was explicitly designed for horse jumping – who knows? What we do know is that the trail is determined by a bunch of apples (of different colors), as well as carrots.

If you want to score a lot of points, then you should lead your horse along these lines, eating up all these fruits as they appear. At the end of the game, you will find pony-tailed Ben waiting for you. But beware – the game gets increasingly difficult as the obstacles grow larger and harder to jump over.

Penny going to save Ben – we don’t really know from what.

You can find this horse game for girls by clicking here.

This next little game also is based on a small narrative. We chose to present it here not only because it is a good game for those who want to learn how to take care of horses, but also because it’s really realistic in its way of portraying what happens at a pony farm.

Horse games for girls are usually focused on horse dressing, or My Little Pony care games (which are so pink and full-of-glitter you can easily get diabetes). However, this game is a nice touch. You take on the role of Tina – a little girl who’s helping out her parents in at their farm. Thus she has to feed them with hay, to give them water, to provide them with grains, and last but not least to care for their health by giving the cute horses medicine.

Apart from these basic tasks, Tina can also grow wheat and sell it to buy other horses, or buy tools so that she can better take care of the horses. But be careful! She only has a limited number of moves – so act quickly.

Tina going about her daily business taking care of the farm’s horses.

My Little Pony is a mobile game intended for young girls, although the cost of in-game items means the game developer knew that older players are going to dive in as well. This game is a city-building social fare. You build up your pony town with shops and stalls. You also have to build your pony’s house. Once you have some ponies, they can work various jobs to bring “bits” that serve as the in-game currency.

When a pony plays a game, it can level up and earn stars. Stars are necessary if you want a pony to take on more complicated jobs. Some of the things the ponies do are fly around hazardous objects, catch falling apples, among others.

Those who want to play this fun game should know that that playing costs “bits,” which don’t come easy. The shops accumulate them slowly, and stuff in Equestria, especially new ponies, are quite expensive.

On the positive side, when you manage to add a pony to your stable, it’s going to be a lot of fun as each character in the game is voiced by the show’s actors. Twilight speaks in her calm, sensible tones, Spike offers advice on how to play the game, and Pinkie Pie is excited about partying.

Like other social building pony games, My Little Pony can eat up your time. But if you’re a huge fan of the show and looking to build a carbon copy of PonyVille, then it may all be worth it.

If you are searching for free online horse games, Club Pony Pals is a good option. This game is based on the Pony Pals books published by Scholastic. Club Pony Pals is a browser-based flash game that doesn’t require any downloads. It is a moderated social network where players can exchange messages.

In this game, anybody can adopt a virtual pony. Players need to take care of the pony so they can ride it along Wiggins’ roads and trails. The good news is that new trails and features are added all the time. Taking care of a pony means the player has to keep track of when the pony is hungry or tired. Meanwhile, the ponies teach riders how to accept responsibility and believe in themselves.

When you sign up as a member, you can choose your new (and free) pony’s name and color. Then, if you want, you can buy a second and even a third pony. That purchase gives access to special areas open only to members who purchase extra ponies and pay for monthly board. 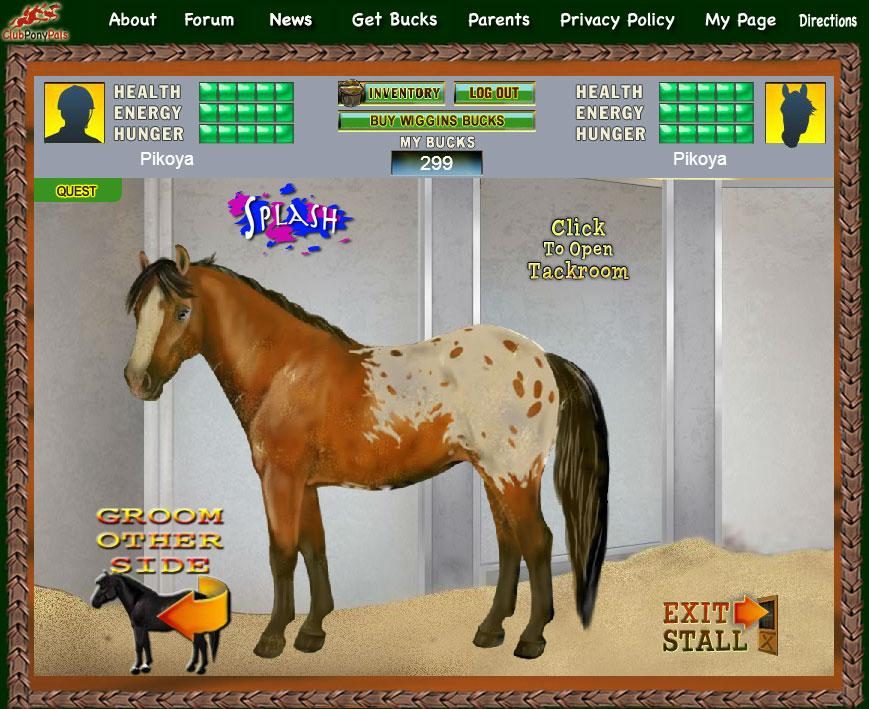 Star Stable is one of the popular online games where horses, mysteries, and adventures are waiting to be explored. One nice thing about this online horse game is that players can play free up to level 5. The game draws players in with a diverse storyline and a variety of tasks to keep them busy.

Like other horse riding games, Star Stable allows your horses to jump over obstacles and participate in various races. But besides that, you will also experience the realistic side of horse care. Players can choose the breed, take care of their horse to earn skills, become better at riding, and progress through levels. There are updates and additions to content for those who’ve finished everything.

Star Stable is a type of horse games online marketed towards tween girls. Shopping is a girl’s best friend. If you’re a horse lover, you will surely enjoy choosing from a variety of tack and accessories for your horse. You will also love the fact that you can choose your clothes and gear. Although this game targets young girls, it also has a fair share of a boy and adult players, as shown by its social media following.

If there’s any drawback to this game, it is that there is no health meter for your horse. That feature can help players how to take care of a real horse. Star Stable tends to lag in some spots, which affects the accuracy of riding a horse during timed races. The graphics are a bit cartoonish which may appeal to kids.

Online horse games such as this require you to pay so you can explore the story and gameplay. Or if you like, you can pay for the lifetime subscription. Star Stable is a good option if you are searching for horse riding games.

If you are searching for horse racing games online, you can try Sport of Kings. It is a virtual horse racing game where players can own, breed, train, race, and win with their virtual racing stable.

With its good graphics, it’s like having a real horse. The horses tend to behave like the real thing, so this presents both a challenge and a learning experience. You can train horses and participate in some features of the game without paying. However, you need to have an active subscription if you want to participate in races. Virtual horse games such as Sport of Kings take players to the exciting world of horse breeding, training, and horse racing.

While we’ve only scratched the surface of online horse games for girls, we think that we present the very best that the online flash websites have to offer. If they’re not the best, then they’re most certainly in the top 10.

If you found any nice online horse games for girls that you want to share with us, feel free to leave us a suggestion in the comments section and maybe we’ll even include it in our next round-up of horse games. If there’s one thing that we know for sure is that there are too few good horse games out there, and any good one really needs a shout-out!