10 World Equestrian Games You Should Know About

Ever consider that your horse could do more than stand in his stall and walk around the padlock?

Perhaps you should consider the electrifying world of competitive sports designed just for horse and rider. Originally founded by the International Federation for Equestrian Sports (FEI), the world equestrian games began in 1990 and run every four years. 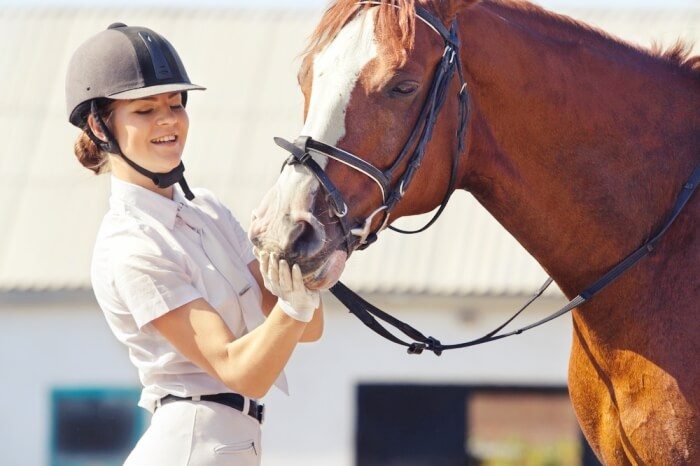 Then, here are the top 10 World Equestrian Games you should know about:

Perhaps the most loved of all the world equestrian games, dressage is less a game of chance and more a game of skill and memory. Both the horse and rider must run thru their paces without a sound or any outward sign of signaling from the rider. In the freestyle, they must work together to perform a musical routine from memory. They perform a delicate ballet, sometimes even throwing in a half, full or double pirouette.

Probably the most controversial world equestrian games, Endurance games are long-distance races that can be trail-based or open-route. They can cover anywhere from 75 to 99 miles of ground — stopping for water baths, drinks, and veterinarian health checkups. While a fun sport, if you like to test your limits, it can be challenging and exhausting to both you and the horse.

This ancient game usually involves a leather carriage drawn by either horses or ponies. The horses are laid out in a single pull format, side-by-side pair, or team of the four-in-hand. While Warmbloods, Hackney, and Morgans are widely used for the horse games, the intelligent Cob, Gelderland, Shetland, and Welsh breeds are the favorites for the pony games.

The players always come in sets of three or four groups — a driver, at least one groom and one navigator is required. The driver manages the horses, their speed, and their emotions with whip and vocalizations. The groom(s) act as both horse hitcher and/or navigator essentially pulling the stopping breaks. They can dress in either modern clothes or traditional clothes depending on their level of competition.
The games themselves are much more like a triathlon and involve dressage, cross-country endurance, and a fast-paced obstacle course. If you can imagine a Wells Fargo carriage out running bank robbers, then you can easily imagine all the excitement that happens in the arena phases.

Eventing is also a marathon-style game and can take anywhere from one to four days to complete. It is the second most controversial sport at the world equestrian games and strict veterinarian protocols are kept to protect the horses from the elements and exhaustion. Similar to driving, the game involves dressage, cross-country, and stadium jumping, however, the cross-country stage is usually outdoors with actual streams, logs, and various natural barriers. The courses can be trail-based, short, and long roads and steeplechases.

Of all the world games, this is certainly the newest, quickly embraced sport. While the Para-equestrian version was officially established in 1996 under the International Paralympic Games, the FEI did not include it in their World Cup line up until 2006.

Presently, physically disabled and visually impaired riders can compete on the same team and genders are not separated. Riders are rated by their functionality and impairments: daily wheelchair-use, limited trunk use, ambulatory with other impairments — limbs, vision, etc. However, there are only two disciplines included in the actual games — the ever-popular Para-dressage and Para-driving.

Western riding has had a long, romantic love affair with Hollywood movies, so it is not surprising to find Reining included as one of the world equestrian games. This wonderful sport is wildly energetic and a fabulous display of horse and rider combined intuition and intention. Like dressage, both must perform a choreographed pattern of circles, gaits, rundowns, sliding stops, backups, rollbacks, pirouettes, and pivots. Reining has the exhilarating speeds achieved in driving, but the precise, non-verbal control found in dressage. If you remember the movie “Hildago,” then you know just how much fun Reining can be.

Contrarily, Show Jumping comes out of the English rider tradition and thus has three main groups Formal Hunters, Formal Jumpers, and Informal Jumpers. The easiest way of understanding the difference is that Jumpers are young riders who slowly transition into Hunters as their skill levels increase. Visually, their dress is vastly different, but the most obvious differences actually occur with the horse presentations. Jumpers use a half-saddle tack with their horse hairs all braided up and hooves polished. Hunters, on the other hand, use full saddle tack, can have their horsehairs completely unbraided, as well as use horseshoes and leg coverings.

Their competition games tend to resemble their original function of hunting foxes with dogs so there are jumping gates, stonewalls, creeks and more.

Horse vaulting is similar to the ancient Crete games of leaping over bulls. Depending on their skill level, contenders either approach a walking, trotting or cantering horse. The horse is attached to a 15-meter lead and directed into a consistent, circular pacing exercise.

This sport is one of the few games where men and women are largely separated from each other. Participants elegantly perform seven mandatory exercises: basic seat, flag, flank, mill, mount, scissors, and a stand. Afterward, they take part in individual and team freestyle games called Kurs. The Kurs are designed around musical compositions.

This game is so much fun that the number of people participating has tripled!

This game is widely played in Eastern cultures and is very similar to the Harry Potter game Quidditch. The ball has handles and the goal is to throw it into a sideways basket. It is gaining widespread interest because kids age 6 to 96 can play it.

This game of skills is much more like polo in that riders have to grab a small item from the ground — like a tent peg — and race across the finish line. They add to the fun by putting the item on fire and many other strange quirks.

In conclusion, realize that you and your horse can have the time of your lives. So, consider participating in world equestrian games. Who knows, you could even go to the Olympics!